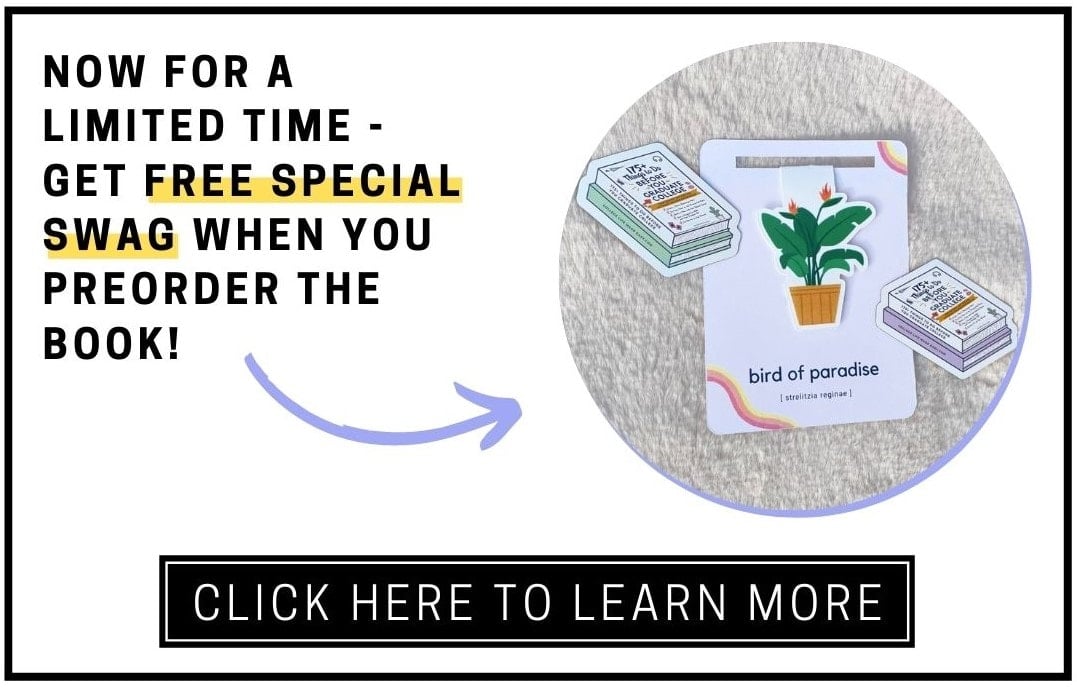 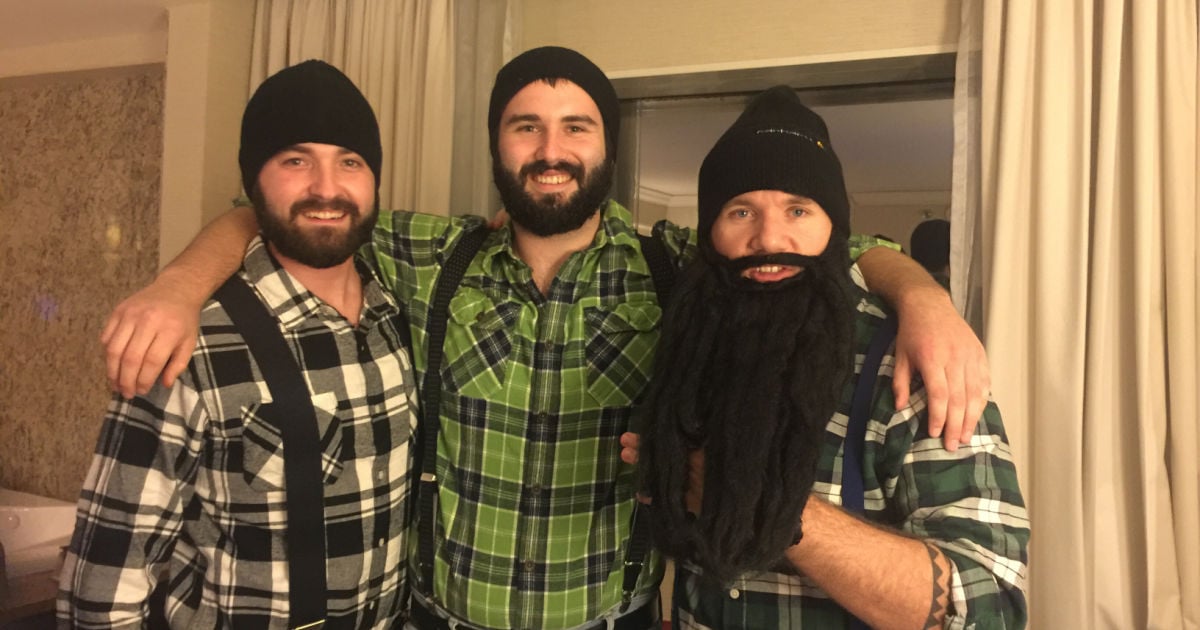 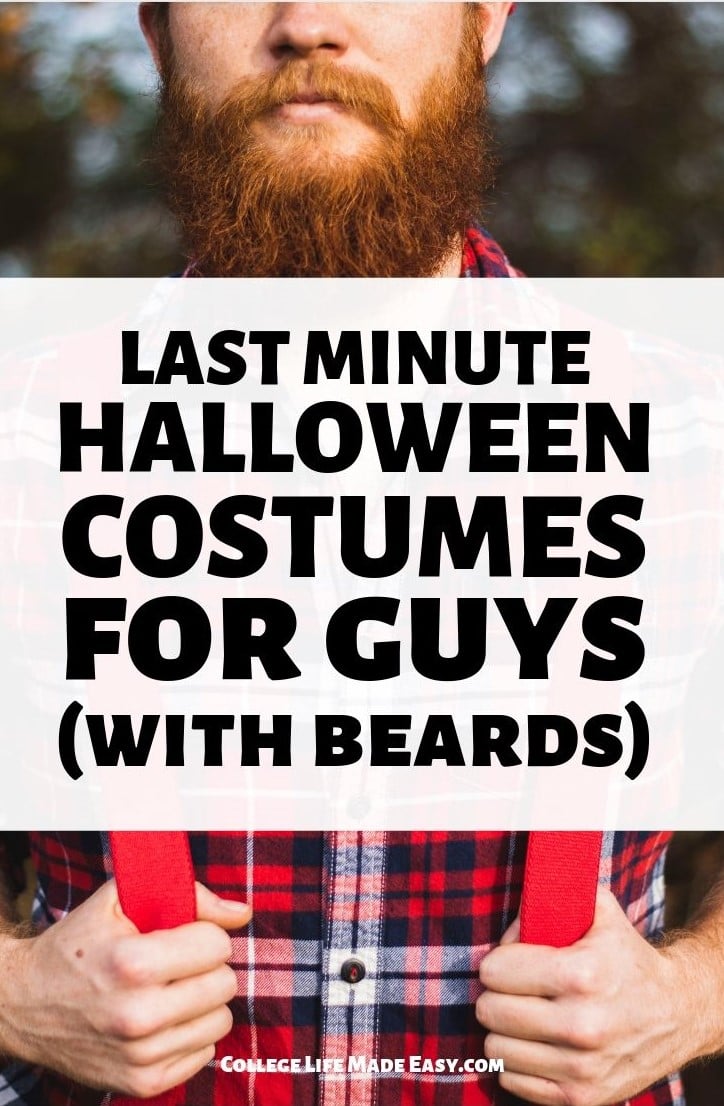 If you’re in pinch these last minute costumes for guys with beards will help you out big time. 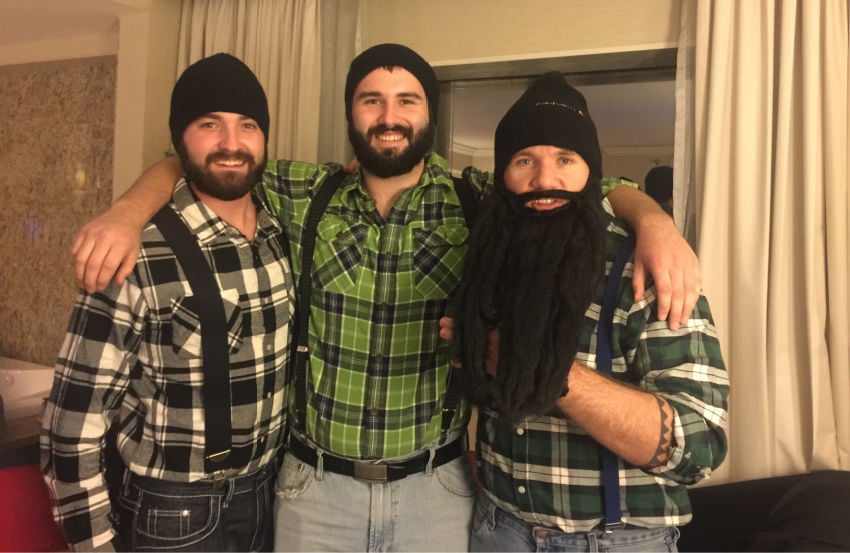 Deciding what to dress up as for Halloween can be challenging. And especially so when the pressure is on because you’re limited on time.

Whether you procrastinated, changed your mind about participating in Halloween, or simply had a change in plans–

You can still pull off a kick-ass look!

Below you’ll find Halloween costume ideas for guys (like you) who have no interest in shaving off their glorious beards.

When it comes to characters with beards for Halloween:

Yukon Cornelius (from the classic movie, Rudolph the Red-Nosed Reindeer) is a top choice. Guys with red to red-ish facial hair are a perfect fit.

Not only is this 80’s costume super cool, it’s really simple to DIY at the last second.

Creativity will take you far when parting with your beard is just not an option.

This unique spin on Where’s Waldo!

Oh yeahhh, throw it back to your favorite WWE star!

This costume idea is too hot to handle, too cold to hold!

There are no mistakes, only happy accidents. If you need a couples costume it doesn’t get any better than this idea.

An Ewok is the most logical Halloween costume choice for guys with brown facial hair. Check out how seamlessly the beard blends in–the execution is flawless!

And while we’re on the subject of Star Wars–

This Princess Leia costume is a big mood, so take note! His beard really complements the hair buns.

You should probably never meet your heroes…

But you can still dress up like them for Halloween. Ask a friend to draw on the tattoos (with washable markers hopefully) and go big or go home with this flashy idea!

The Brawny Man is a classic Halloween look for men. It can be rocked with or without a beard!

A last minute costume for bearded guys who are more in touch with their feminine side and aren’t afraid to show it.

The chest hair is a nice touch, really sells the whole look.

Take off your shirt, grab some knives from your kitchen, put on a scowl and wa-la! Your costume is complete in record time!

It’ll be up to you to make sure no one in your friend group strays too far.

It makes you look like you have important things to do. And obviously, on a night like Halloween, you certainly do.

Conclusions on last minute Halloween costumes for guys with beards

So that wraps up this post with last minute costumes for guys with beards. Which idea did you like best and what are you going to dress up as for Halloween this year?

Charlie is the co-founder of College Life Made Easy and author of the book, 175+ Things to Do Before You Graduate College. She graduated from the Ashland Institute of Massage in 2015 and is a PNW transplant. She loves rainy weather, Birkenstocks, and miniatures things.